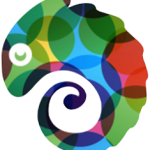 As easy to implement as traditional run controls, ezDynamic Run Controls are an effective way to ensure your processes can be scheduled for recurring execution.

ezDynamic Run Controls use Drag, Drop & Register technology to virtually eliminate the coding required to upgrade an existing run control page. No modification of your existing process is required, just create a job that executes the delivered run-time parameter creation process prior to your existing process.

Upgraded versions of standard processes are available at low cost from ERP SolutionExchange. With free support for one year, purchasing an upgraded process is more cost effective and efficient than an in-house upgrade.

Number of items in cart: 0